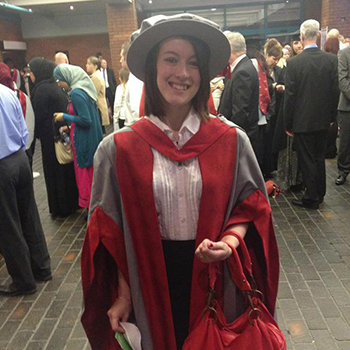 Senior Lecturer in Psychology at University of Cumbria

From the 1970s onwards, domestic violence researchers have adopted a gendered model of men’s perpetration and women’s victimisation and have focused on explanations that have their roots in norms of patriarchy. Historically this has excluded male victims from much of the research and consequently the societal narrative. When this issue is explored without a gendered lens, we see a very different picture emerge. Research using more representative samples has revealed not only the extent of men’s victimisation but also the bidirectional nature of some violence. The findings reveal that in relationships women can be just as violent as men, and this violence is not motivated purely by self-defence as some would purport.

The findings reveal that in relationships women can be just as violent as men, and this violence is not motivated purely by self-defence as some would purport.

Whilst there is, relatively speaking, less research exploring men’s experiences, our understanding of the prevalence, severity and outcomes for male victims is growing. A study based in the United States utilised data from a national helpline for abused men; of the 190 callers analysed all reported physical abuse included being punched, kicked and choked. A similar study in the Netherlands found the most common kinds of abuse were stabbing with an object, kicking, biting and seizing by the throat. Despite differences that exist for size and strength that lead to the perception that women are unable to injure men, the violence often seen includes the use of a weapon/object, and is often seen to cause injury, for example in a US sample 80% reported injuries with 35% reporting a serious injury (e.g. a broken bone).

There is a tendency within the research to focus on physical aggression as it is seen as more injurious and life threatening. More recently however, there has been increased interest in exploring the impact of coercive control, specifically since the introduction of this into the UK Serious Crime Act (2015). Coercive control (or emotional/ psychological abuse as it is often known as) is seen in relationships more commonly than physical aggression. Coercive control can include behaviours such as economic abuse and deprivation, possessive and jealous behaviour, insults and name calling, threats and intimidation, degradation and isolation, and manipulation and control over everyday activities. This has been seen frequently in women’s accounts of their abuse, but more recently has been seen in men’s experiences. It is seen in the account of men in the afore mentioned international studies, but also in a recent UK based study. A non-help-seeking sample was recruited to try and understand men’s experience more broadly, the men reported experiences of gaslighting (i.e. the manipulation of someone by psychological means into doubting their own sanity) and being manipulated through the use of false allegations, coercion around sex and pregnancy, being isolated from friends and family, and a range of threats relating to their children.

Experiencing domestic violence is a traumatic event, and trauma is known to increase the risk of developing mental health issues and psychiatric disorders. Domestic violence is known to have a long-term impact on both physical and mental health; indeed, this has been seen in both men and women who have experienced it. More specifically the literature that has explored men’s experience suggests that men typically externalise their psychological distress; men report impacts such as binge drinking, post-traumatic stress disorder symptoms, a loss of self-worth and self-esteem, substance use, and suicide ideation. Despite this, the status of “victim” does not seem to apply to men and women equally. Women’s violence and men’s victimisation is not construed as serious or in needof intervention. This female to male perpetration is seen as less serious and less in need of support services than any other gender combination. These attitudes are thought to have their roots in socially constructed gender roles, and how synonymous aggressive behaviour is with the male gender role, with women generally being less aggressive in non-intimate contexts. These perceptions have been found to have an impact on men in terms of their well-being and their help-seeking decisions. A recent UK study revealed that experiences of domestic violence coupled with these perceptions had left men with feelings of anxiety and depression, and also left them reluctant to help seek; indeed, men commented that they felt they were weak and they would not be believed. Furthermore, these men had felt further victimised from services when they had sought help, they commented they had been ridiculed, blamed for their victimisation, and accused of being the perpetrator of the violence.

Whilst there is overlap in men’s and women’s experiences of abuse, there are also experiences that are unique and gender- based. A specific type of abuse that seems to be experienced overwhelmingly by men is legal and administrative aggression; this is described as the manipulation of legal and other administrative systems in a way that is harmful to the other partner. One particular aspect of this that has been seen in the research is around the use of children. Men described incidents where their female partner has made, or threatened to make, false allegations of either domestic violence or violence towards the children in order to manipulate their parental relationships, or prevent access. This can be a further barrier to leaving the current abusive relationship, or indeed a post-separation experience that can result in parental alienation.

Indeed, there is mounting evidence to suggest that child victims of domestic violence have like male victims, been silenced by the pervasive social narrative. For many years children have been construed as passive witnesses to abuse and as such have been assumed to be less harmed than the ‘direct victim’ (typically identified as the mother). More recent research challenges this construction, suggesting that children are affected directly and indirectly from living in homes where domestic violence is present, and a number of mutually reinforcing negative outcomes may follow such exposure. Unfortunately, the ubiquitous gendered lens and the rudimentary binaries it reproduces have produced support service responses that are partial and fail to meet the needs or safeguard certain victim groups within our communities, in particular, adult male victims and male children aged 13 and above.

For men experiencing domestic violence, there is support available including ManKind Initiative, Abused Men in Scotland (AMIS), and Amen in Ireland. These organisations are dedicated to supporting male victims and signposting to local support where it is available. For anyone interested in reading more about men’s experiences there are several books and papers on this; Abused Men: The Hidden Side of Domestic Violence by Phillip W. Cook includes a detailed discussion about the research that exists exploring men’s experiences of domestic violence including case studies and interviews with victims. For more information about the research in domestic violence including male victims, women’s aggression and the impact on children you can read Intimate Partner Violence: New Perspectives in Research and Practice edited by Elizabeth A. Bates and Julie C. Taylor which is due to be released in 2019. Since the 1970s the issue of intimate partner violence (IPV) has been explained through the patriarchal desire of men to control and dominate women, but this gendered perspective limits both our understanding of IPV and its treatment. Intimate Partner Violence: New Perspectives in Research and Practice is the first book of its kind to present a detailed and rigorous critique of current domestic violence research and practice within the same volume.

Are You A Victim Of Domestic Abuse Needing Some Professional Advice?

We have launched a Green Phone initiative which is supported by legal professionals volunteering their time to have a FREE phone calls with any mum or dad who is a victim of domestic abuse and would like some advice. Please look for the green phone symbol. You can find them here...........................