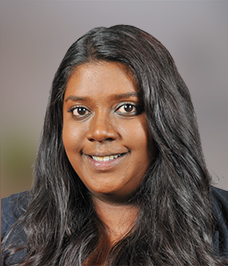 Where possible, trying to resolve any issues related to a Child Arrangements Order is a more preferable route to going back to Court.

Unfortunately, these orders are not always complied with or situations change and they are no longer considered to be the best arrangements for the child. There can be a number of reasons for an order not working including (but not limited to):

What can you do if your ex-partner breaches a Child Arrangements Order?

Unless an agreement has been reached between the parties to informally vary the order, one party will be in breach of the order if they do not comply with it.

If it is possible, the parties should try to discuss the breach of the order and resolve the matter between them. However, if this is not possible then an application will need to be made to the court to either enforce the order or vary it. The court charges a fee for this which is currently £215.

Since 2008, all orders dealing with arrangements for children have a warning notice attached to them which states that if you do not comply with the order, you may be sent to prison and/or fined, made to do unpaid work (community service) or pay financial compensation. Orders that were made before 2008 do not contain these warnings and so before you can enforce them, you have to apply to the court to have the warning notice added to the order. Once it has been added, you can then apply to enforce the order.

What power do the courts have?

Failure to comply with the order can result in the defaulting party being found in contempt of court. This does not necessarily mean that it will lead to a term of imprisonment. The court will have a number of options which will depend on the nature and frequency of the breaches. The court could:

If it becomes apparent that the party has a reasonable excuse for breaching the order, then the court will not enforce it. It may instead consider whether it is necessary to vary the order.

If a party finds that they are not able to comply with the order and an agreement cannot be reached to change it then they should make an application to vary the order before it is breached so that the court can consider why the order is not working and if necessary, change the arrangements so that they are considered in the best interests of the child.

If the party who is in breach of the order is the one who is supposed to be spending time with the child and they are not then it becomes more difficult to deal with.The court will have the power to enforce the order but it may not consider that it is in the best interests of the child to force someone to spend time with them when that person does not want to or make any effort to. It can be quite emotionally harmful to a child to be put in this situation as it may make the child feel more unwanted than if the contact just stopped. In such circumstances, the court could consider discharging the order if an application is made, meaning that the order would no longer exist.

What can you do if the order no longer works for you or your child?

It is quite common for parties to reach the stage where the Child Arrangements Order is no longer working for the child or for the parties themselves. Before an application is made to the court, all other methods of negotiating should be explored. Solicitors can be instructed to negotiate on a party’s behalf or the parties can, for example, attend mediation. In some cases where there are older children involved, they too can engage in the mediation to tell the mediator what it is that they want. Arbitration is also another possibility in children matters.

At any point, until the child reaches the age of 16, either party can apply to the court for the Child Arrangements Order to be varied. Once a child is 16, it will only be in exceptional circumstances that the court will be able to deal with the case.

The primary concern for the parties and for any court is the welfare of the child. Where possible, trying to resolve any issues related to a Child Arrangements Order is a more preferable route to going back to Court. Clear legal advice is important in all cases to support and guide you through the process and get the best result for you and the child.

Our Family Law Panel members are all experienced professionals many with accredited specialisms in Children, Finance and Domestic Abuse. You can find them here......