Director at Family Law In Partnerhip

Gillian is a long-term supporter of OnlyMums & OnlyDads. She is described as “the top collaborative lawyer” by Chambers 2017 and “a leading light for collaborative law” by Legal 500 UK 2017. The Law Society Excellence Awards 2017 described Gillian as “Both innovative and inspirational, Gillian is recognised as a leader for positive change in family law“

Do Cafcass and Judges in Family Law Courts have an in built leaning towards a belief that children are better off with their Mums?

My first reaction to being asked to write an article for OnlyMums & Only Dads on this topic was that I had drawn the short straw. “Can I pick again?” I wondered.

The reason for my reaction I think is obvious to most family lawyers and those people who have had the misfortune to have to take disputes concerning their children to court. Ask this question to a group of them and 9 out of 10 would immediately answer “yes” and ask what the next question is.

I am acutely aware, too, of how emotive the whole issue of a separated father’s role in a child’s life has become. There are any number of dads out there who feel very badly let down by the system in the face of parental alienation and often with very good reason. There are other fathers who have become quite militant and, regrettably, given their cause a bad name.

What is undeniable is that the ideal situation for a child is for it to have a good relationship with both parents and for its parents to have a good enough working relationship as co-parents. And I believe that CAFCASS and judges start from that view point.

There is a greater realisation among all involved in family justice that the answer lies not in the amount of time a child spends with either parent but in the ability of the parents to work co-operatively together as separated parents.

We live in a society which still has the Mum, Dad and two kids ideal at heart (although more diverse family units are becoming increasingly common). And within that ideal Mum, as the child bearer, is regarded as the primary carer if the idyll is broken and Mum and Dad separate. Since our judges and CAFCASS are drawn from our society it is unsurprising that most of them will also start from that idealistic view point. In any event, there is no getting away from the fact that in the majority of cases before the courts the mothers are the child bearers and as a result will have had a very different and, at least to start with, closer bond with their children. I know an eminent child psychiatrist who says that a child under 7 should not, in an ideal world, spend more than 7-10 days apart from its mother at a stretch.

So I decided that there was not much point talking in generalities when it came to trying to answer the question. Everyone knows the generalised answer. I decided to draw on my own experience and to ask my colleagues what their experience was. Some of the instances that were described to me were:

• A District Judge telling a mother at the outset of a case that he expected her to agree to mid-week contact though she had been opposing it;
• A judge ordering shared residence notwithstanding the finding that the father was a bully to both the mother and the three children;
• A judge finding against a mother who wished to return to her native European country because father enjoyed an equal time split, even though when the child was at his father’s house he actually spent more time with his paternal grandparents than with his father.

Society is changing, and it needs to change more, but with that change will gradually come a different answer to the question. Eventually, it won’t be necessary to ask the question any more.

For each of these apparently “pro-father” cases there were ones where it seemed societal norms prevailed:

• An order for shared residence with a time split slightly in favour of the mother, despite CAFCASS reporting that the children had a closer bond with their father who had been their primary carer.
• No changed residence order despite mother making dreadful and unfounded allegations of child abuse against the father. This in a case where the mother retracted the allegations and agreed to work with the relevant services to enable contact to re-establish.
• Any number of leave to remove cases where the mother has been able to return “home”.

When you get litigation over children you get stressed children who, mostly, will tell CAFCASS what the parent they feel most bonded to wants, as if that is their wish too. In a vastly overstretched and underfunded service it is no surprise if CAFCASS take these “ascertainable wishes and feelings” as gospel.

But there is no doubt that times are changing and changing quite fast. Leave to remove applications are not the “shoo in” for mothers they once were. CAFCASS has launched a pilot scheme to crack down on parental alienation and there is significant interest in parenting coordination as a means of supporting families stuck in a high conflict situation. There is a greater realisation among all involved in family justice, and some father’s groups like Families Need Fathers, that the answer lies not in the amount of time a child spends with either parent but in the ability of the parents to work co-operatively together as separated parents. This is borne out by the recent rise of workshops and courses being run for separated parents. There is the in-court Separated Parenting Information Programme and the Parenting After Parting workshops run by my firm to name but two. The requirement that all parents wishing to bring Children Act applications will have to be assessed for mediation is, at least in part, an indication that the bigger picture is understood by a wider spectrum of society.

Society is changing, and it needs to change more, but with that change will gradually come a different answer to the question. Eventually, it won’t be necessary to ask the question any more. 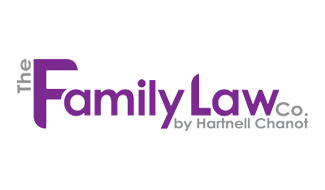