Home > Footer - Research Articles Left > How Does The Court Deal With Parental Alienation? 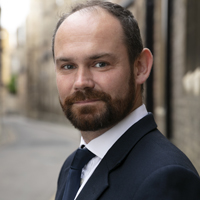 Jeremy is a highly effective mediator and specialist child dispute arbitrator and is a strong solicitor-advocate, experienced in highly complex children cases.

A child being alienated from one parent by another parent is not a new concept. It has had different guises over the years – whether that be intractable contact or hostility to contact. The term parental alienation is the current and perhaps the most apt description.

It is important for parents not to focus too much on the label but rather to identify the behaviours which are impacting on the relationship between child and parent.

The court, when considering arrangements for children must:

– base any decision on the welfare of the child which is the court’s paramount consideration as set out in s1 Children Act 1989 and the welfare checklist in s1(3). The most likely relevant parts of this checklist when considering alienation are:

the child’s ascertainable wishes and feelings based upon their age and understanding;

any harm which the child has suffered or is at risk of suffering;

how capable each parent is of meeting the needs of the child;

“to presume, unless the contrary is shown, that involvement of that parent in the life of the child concerned will further the child’s welfare.”

So rather than run with the phrase ‘parental alienation’ it is going to be far more helpful to the court to consider the evidence as to why a child is exhibiting such negative behaviours towards one parent. If the court finds that these behaviours are a result of the actions of one parent, the court will then need to consider whether those actions are emotionally harmful to the child.

A common misstep in proceedings is for only the child’s wishes and feelings to be recorded. The statute is clear that it is the child’s ascertainable wishes and feelings which are relevant. The question is – why are they saying what they are saying? It may be because of their lived experience of a parent or a narrative they have come to adopt due to parental influence caused overtly or covertly.

So rather than run with the phrase ‘parental alienation’ it is going to be far more helpful to the court to consider the evidence as to why a child is exhibiting such negative behaviours towards one parent.

Where one parent suspects that the other parent is alienating a child from the other, it is important that the court identifies the issues and makes findings swiftly so that it may then make a decision based upon the child’s welfare. Delay is the biggest problem in these types of cases because the longer the children are permitted to believe a false or distorted narrative, the harder it is to rectify those beliefs.

Cafcass has recently published its Child Impact Assessment Framework with the aim of promoting a consistent approach to how Cafcass officers identify what is happening in a child’s life and whether a child is being alienated or is rejecting a parent due to inappropriate or harmful behaviour. It has a particularly helpful tool on the types of behaviour exhibited by alienated children. This will not eradicate alienation but is a step in the right direction to ensure that there is a consistent approach across the family justice system.

The role of Cafcass is to report to the court. Cafcass is not there to offer therapy, counselling or work with families. It is therefore important for parents to arm themselves with details of experts who are able to assist children and the family members who have been subjected to alienating behaviours for family life away from the court.

The following are examples of what children may say in circumstances where they are being alienated by one parent against the other:

The following are examples of what the resident parent may say or do:

It has to be said that on the other side of the equation is the parent who alleges alienation when actually the problem lies at their door but they lack the insight to accept the impact of their behaviour on their child. So parents, practitioners and the court must be alive to the fact that the allegation of alienation may be raised by a parent who is unable to accept the role they have had to play in the presentation of their children.

When parental alienation is raised as an issue it is deeply distressing for the parents and the children as it calls into question what the children are saying. The court deals with evidence and it is important that which ever side of the argument you are on that the court is provided with legitimate examples so that it can make a decision in the best interests of the child.

The Handover Book is a communication book for separated families. It allows both parents to always be aware of what is happening in their children’s lives as they go from one household to another.

If you want to read more about the emotional impact of separation and how to get yourself back on track Breaking Upwards is a good starting point.

Do you want to read more?

There is a very good chapter on Parental Alienation in our new book including this article, you will also find lots of other useful information if you are going through the court process. More details here......